In 2020, ‘Mission to the Moon’ will be a robotic space exploration mission led to return to the historic landing site of the Apollo 17 mission including the final footprints and the Moon buggy left behind on the lunar surface.

Gazechim will be there : on the moon !!!

I.Ma.Tec has supported Audi Aerospace in this project for the solar panels: we have delivered sheets of aluminium honeycomb milled in 3D in both surfaces. Imatec has used the new milling machine (5 axes CNC).

Broadcasting live throughout, the spacecraft ALINA, the Autonomous Landing and Navigation Module, will transport a pair of lunar rovers, developed by Audi, to explore the harsh lunar environment and capture the first High Definition images from NASA’s historic Apollo 17 landing site. Together, they will carefully approach and study NASA’s Apollo 17 lunar roving vehicle that was used by the last astronauts Eugene Cernan and Harrison Schmitt to explore the Moon in December 1972.

Vodafone’s network expertise will be used to set up the Moon’s first 4G LTE network and will enable the Audi lunar quattro rovers to communicate and transfer scientific data and HD video back to ALINA, which will then transmit it to Earth. Red Bull Media House will work closely with PTScientists and its project partners, including mission timekeeper OMEGA and the Swiss running shoe brand On as mission gear partner, to tell the story of the mission. 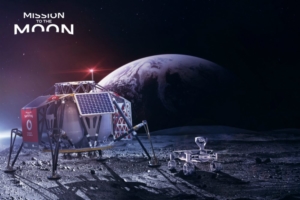 Other success stories of Gazechim group

An artistic project for Abyla

Composites Distribution participated in the manufacture of the SVR Lazartigue trimaran

A LIGHTWEIGHT COMPOSITE COLOSSUS FROM THE NETHERLANDS

I.MA.TEC UNDER A LUCKY STAR

Read more
This site uses only necessary cookies, in order to provide the services and functionalities offered there. Learn more Ok