A concept is an idea, a theory or notion, but in architecture we could also describe a concept as an approach to the design. When we think of an architectural concept, we think of an abstract idea, one that is unchanging throught the design process. This project was carried out at the Kempinski Emerald Palace Hotel, in the restaurant of the prestigious chef Alain Ducasse, awarded with 22 Michelin Stars. Located in Jumeirah Palm, Dubai. The architecture studio was “Clavel Arquitectos”. The pieces were manufactured and installed by Look composites. Two large forms of GRP composite were built inside the restaurant. The spaces are related through a double height where a large golden shell, with a striated surface and materialized in a single seamless piece, is lifted.

In the Mix restaurant, at the Kempinski Emerald Palace Hotel Dubai, the world’s most luxurious restaurant, GRP composites has been used recently in its design. The pieces, manufactured by Look Composites, consist of a thorough exploded view that sews a latticework of great majesty over the dome. Where continuous curved whites and impossible golden skin filigree dress the interior of the lounges

The pieces installed in the Mix Restaurant, in the Emerald Palace Kempinski Dubai (Dubai) form a set of more than 20 meters high by 10 m of diameter, with a spectacular design. Thanks to the properties of the GRP composites (complex shapes, lightness, ease of assembly) it has been carried out in 6 months from its conception to its assembly in Dubai. The interior designers can dream of the most unlikely and challenging designs. Shaping future architecture is possible now with GRP composites. Look composites achieves another milestone in the use of GRP composites in architecture 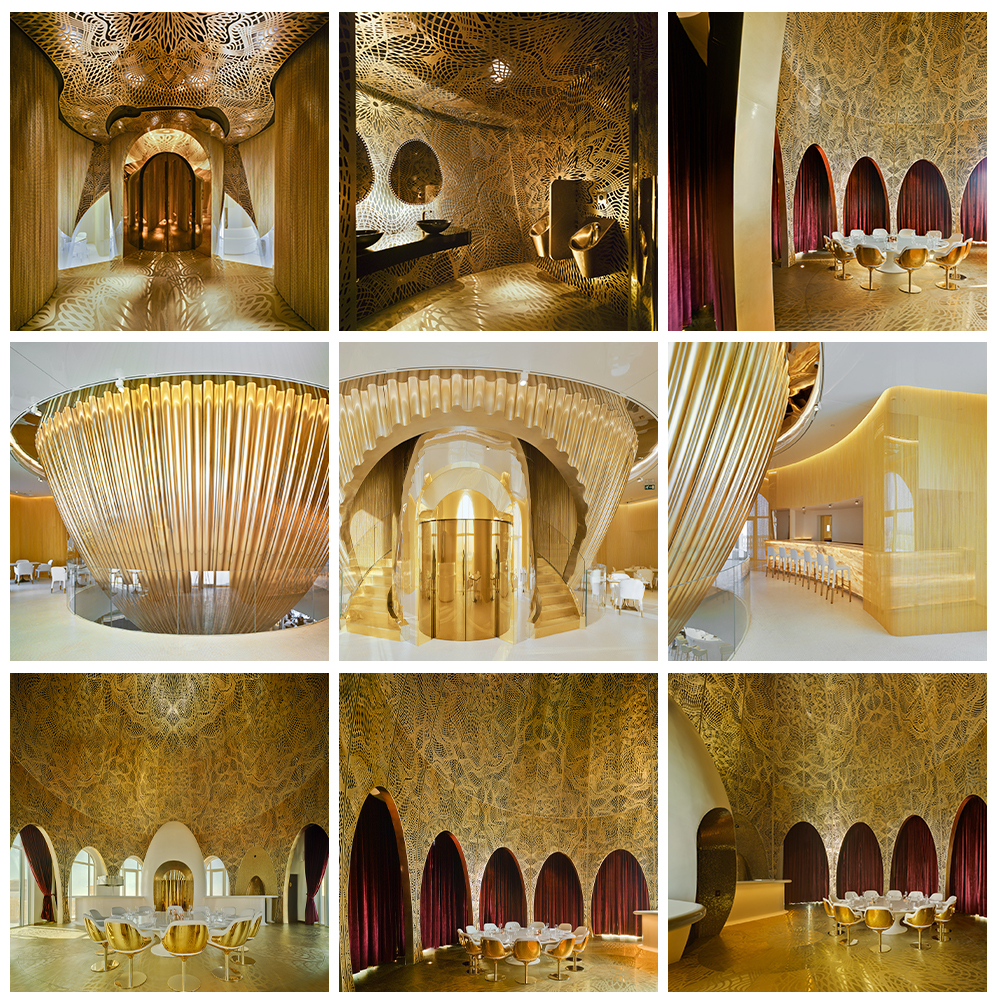 Other success stories of Gazechim group

A new aquatic center for Gazechim Gaz Liquefiés in Martigues

Read more
This site uses only necessary cookies, in order to provide the services and functionalities offered there. Learn more Ok